admin Posted on July 17, 2021 Posted in genealogy No Comments

Julia was one of the nine children born to Nicholas Hauck and Catherine Barbara Keck. Their first seven children were daughters. Julia was a beautiful girl who married Damien André in 1874, before she was even eighteen. After only five and a half years she became a widow. The 1880 census shows that she and her two young daughters then became members of the household of Sophia Hauck Nauman, Julia's oldest sister, and Sophia's husband, Louis Nauman. The home was atop the hill on Seraphin Street and is now called the Hettig-Naumann House. Later with her second husband, John W. Shaw, Julia had two more daughters, Myrtle and Anna.

Died.
At her home Monday, Sept. 30, at 9:30 p. m., after a lingering illness, Julia Margaret Shaw, beloved wife of John W. Shaw and dear mother of Mrs. Wm. Oberle and Mrs. Leon Vorst, and Misses Anna and Myrtle Shaw.
Mrs. John Shaw, nee Julia Margaret Hauck, was born in this city January 8, 1857. She was the daughter of the late Mr. and Mrs. Nicholas Hauck. She was first married to Damien André, who died about 33 years ago. Two children were born, Mrs. Wm. Oberle and Mrs. Leon Vorst. Nine years after the death of her first husband she was married to John W. Shaw, to which two children were born, Misses Anna and Myrtle Shaw.
Henry Knamm, of St. Louis, was here and acted as pall bearer. Mr. Knamm was a close friend of the deceased and made his first Communion with her, was groomsman at her wedding to John Shaw, and stood as Godfather for Miss Anna Shaw, oldest daughter of John Shaw.
The funeral took place from the Catholic Church Wednesday afternoon and the remains were interred at Valle Spring cemetery.

Damien André, Julia’s first husband, had been buried in the old Memorial Cemetery in 1880. His daughter, Louise Vorst, had his body moved to the new Valle Spring Cemetery. According to "Looking Back" in the October 7, 1966 issue of the Fair Play newspaper, Julia's body was exhumed and her remains where transferred by John Basler to the Vorst plot sometime during September of 1916. Damian and Julia now lie together in the Leon Vorst plot with the bodies of many of the other family members. Julia's second husband, Grandpa Shaw, is buried alone in the Protestant section of the cemetery. Had Julia first been buried with John Shaw and moved from there?

Ste. Genevieve, MO
Thursday Dec. 31, 1874
"MARRIED --On Tuesday, Dec, 30th, at the residence of Louis Naumann, by Rev. Father Weiss, in the City of Ste. Genevieve, Mr. Damien André to Miss Julia Hauck, both of this city.
All the old tin pans, horns cow bells &c, were brought into requisition, but the charivari was cut short by several kegs of beer."
(The date doesn't seem correct. It should have been Dec. 29. LVSW) 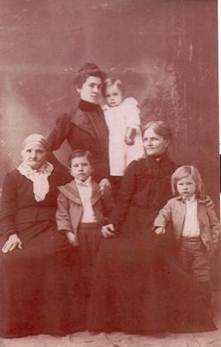 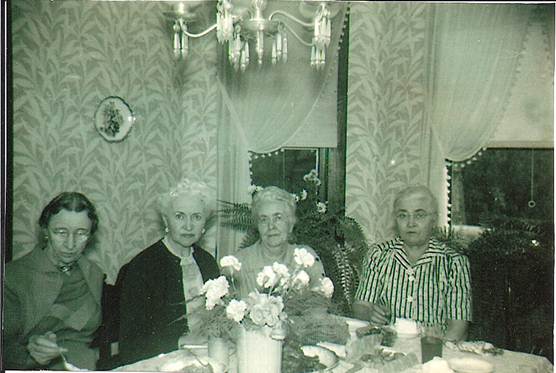