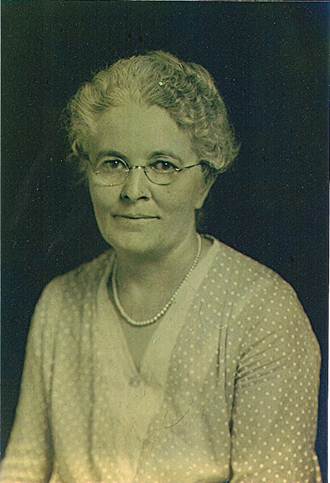 A newspaper article that was accompanied by a photo:
"Mrs. Leon C. Vorst, nee Louise André, in the costume which she will wear during the coming Art Tour. Mrs. Vorst will portray her great-grandmother, Caroline Carpentier, a favorite at the imperial court of Napoleon and special lady-in-waiting to her Imperial Highness, the Princess Pauline, sister of the Emperor. While she held the honored position of lady-in waiting, her engagement to Maurice André, also a favorite of the Emperor, was announced and their wedding took place while they were still in attendance at the Court. Among priceless mementoes held by their descendants are a dress which belonged to the Princess Pauline, a gold watch presented to Maurice André by Napoleon's general, Marshal Duroc, jewelry given by the Princess Pauline to her lady-in-waiting, and a coat, which were brought to America by Caroline and Maurice André after the abdication of Napoleon and have been carefully preserved by the André and Dupont families. Mrs. Vorst, who will wear a costume of black silk, brocaded cashmere and lace, will assist in greeting the guests visiting the Felix Valle House where her great-grandmother spent much time with her close friend, Mama Valle."

Louise A. Vorst, age 96, died on Thursday, December 5, 1974, at the Ste. Genevieve Co. Memorial Hospital. She was born November 10, 1878, the daughter of the late Damien André and Julia Haug.
Her husband, Leon Vorst, is deceased. Three children were born to this union: Alice, Mrs. Clarence Karl of Cincinnati, Ohio; Joseph Vorst and Myrtle Sheppard.
One sister, Mary Mamie Oberle is deceased, along with two half-sisters, Myrtle Durawski and Ann Whitworth.
The body was in state at the Stanton-Wood Mortuary in Ste. Genevieve. Funeral services were held on Monday, December 9, at the Church of Ste. Genevieve. Interment was in the Calvary Cemetery at Valle Spring.
She was a member of the Am. War Mothers, American Legion Auxiliary, Royal Neighbors, Woman’s Club, Queen’s Daughters and Willing Workers.

February 2, 2005
75 Years Ago - 1930
“Mrs. Louise Vorst of South Third Street, Ste. Genevieve, experienced a very painful injury Tuesday morning at her home when her left hand was caught between the rollers of an electric washing machine that she was cleaning. Mrs. Vorst’s cries for help were not at first heard but she managed to turn off the power herself before neighbors arrived to help her.”

Wednesday, September 13, 2006
50 Years Ago - 1956
“The Basler Funeral Home in Ste. Genevieve has pruchased the Vorst property on Jefferson and Sixth streets. The property has been converted into a lighted parking lot for the conveniences of visitors to the funeral home. The lot has a smooth gravel surface and in the spring will be replaced with an asphalt finish.” 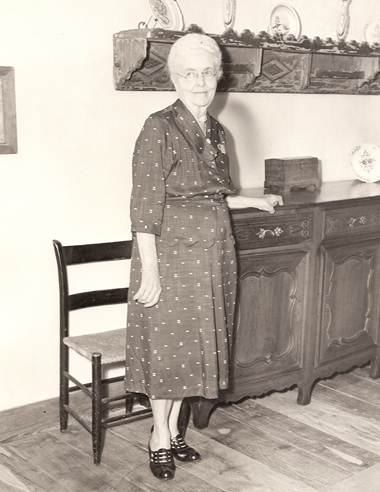 Note written on the back of this photo in Lalla’s hand.

Lalla made her First Holy Communion - May 25, 1890, in Ste. Genevieve.
Although she left school after only the second grade, she must have returned at some point for she graduated from St. Francis de Sales Academy in June of 1892. She would have been 13 years old then. 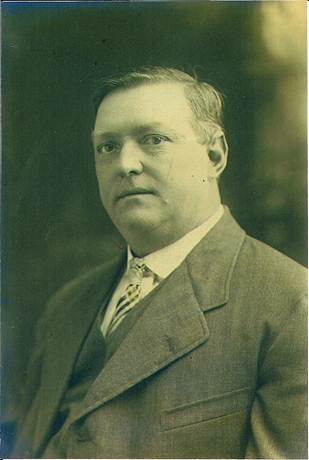 Léon’s family owned and operated the Southern Hotel and Livery Stable on South Third Street. Later Léon was an agent for the Pierce Oil Company with a service station on the corner of Fourth and Market Streets. 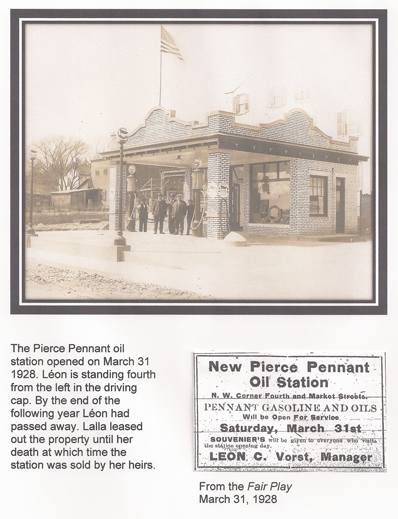 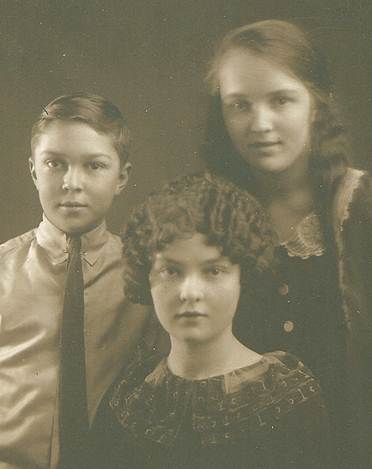